Who Is Adam Warlock? Guardians Of The Galaxy 3 Character Explained

The archenemy of Thanos in Marvel Comics, Adam Warlock’s origin and powers will be an interesting story to see unfold in Guardians of the Galaxy Vol. 3. Following a handful of rumors saying that The Revenant actor Will Poulter has been cast as the MCU’s Adam Warlock, Guardians on the Galaxy Vol. 3 director James Gunn confirmed the news. This means that years after being teased for the first time in 2014, the Golden Gladiator is finally set to cross paths with Star-Lord’s team and potentially become an MCU superhero.

Like Nova, Silver Surfer, and the Guardians of the Galaxy, Adam Warlock is one of the most important characters in the cosmic side of the Marvel Universe. In fact, he was the central figure in some of Marvel’s biggest crossovers in the 1990s, including Infinity Gauntlet. For these reasons, fans have been waiting for him to make a splash in the MCU for several years now. The first big tease of his arrival came in 2014’s Guardians of the Galaxy when a cocoon identical to his was spotted at the Collector’s museum. Then, Marvel went even further by introducing his gold-skinned race, namedropping him, and revealing his real cocoon in Guardians of the Galaxy Vol. 2.

While this felt like clear setup for Guardians of the Galaxy Vol. 3, James Gunn cast doubt on these theories by repeatedly pointing out that nothing was set in stone about Adam Warlock’s introduction. According to him, the teases were put in the movie to lay the groundwork for his eventual debut. Now, the mystery of whether or not he’ll actually show up has been solved, thanks to Will Poulter’s casting. And given his importance in the comics, Poulter’s appearance in Guardians of the Galaxy Vol. 3 may not be the last time audiences see him on the big screen. Here’s who Adam Warlock is in Marvel Comics, what his powers are, and what to expect from his MCU counterpart.

Before getting the superhero codename he’s known for, Adam Warlock burst onto the scene in a Fantastic Four comic as Him, a powerful being genetically engineered by a group of evil scientists called the Enclave. After escaping from his cocoon to forge his own path, Adam tried to pick Lady Sif as his mate, thus leading to a heated showdown with Thor. Following his loss, Adam Warlock spent some time trying to gain a better understanding of who he is and his purpose in the world.

While contemplating his future, Adam Warlock had a fateful meeting with the High Evolutionary, who gifted him the Soul Stone, named him “Warlock”, and send him off on a series of adventures. During this time, Adam Warlock befriended a group of children who taught him a great deal about morality and humanity. He also struggled to control the Soul Stone, which – much to his disgust – drained the lifeforces of his enemies. After beating the villain known as Man-Beast, Adam Warlock moved on to the next chapter of his life and began his storied rivalry with Thanos.

A team-up with the Avengers and the original Captain Marvel led to Adam Warlock sacrificing himself and seemingly receiving a happy ending by finding a new life in the Soul Stone’s pocket dimension, Soulworld. Many years later, Marvel brought Adam back in a huge way, and made him its main protagonist in a number of Thanos stories, including Infinity Gauntlet, Infinity Crusade, and Infinity War. It was ultimately Adar Warlock who spearheaded the heroes’ plan to beat Thanos and the acquisition of the fully-assembled Infinity Gauntlet. In the aftermath of the battle, Adam Warlock formed the Infinity Watch to protect the Stones and is still deeply connected to them today.

Adam Warlock’s powers make him an immensely forceful being with abilities that put him on par with the highest tier of Marvel superheroes. In fact, he’s capable of engaging in prolonged standoffs with characters as strong as Thor. However, it’s worth noting that Adam Warlock’s physical strength isn’t quite on the same level as the God of Thunder, Hercules, and the Hulk. That being said, Adam Warlock’s powers easily make up for what little he lacks in that department. Adam can draw upon cosmic forces to enhance his strength, fly, project blasts of energy from his hands, and he can regenerate from fatal wounds by retreating to a new, self-made cocoon.

Plus, with all the changes that Adam has experienced over the course of 50 years of comic book history, the character’s powerset has been revamped on numerous occasions, with some of the additions to his arsenal being teleportation, transmutation, and Quantum Magic, a form of magic that involves using the metaphysical energy around him. Among his greatest weapons was the Soul Stone, which had a vampiric effect on his foes.

Obviously, several of Adam Warlock’s biggest stories have been taken off the table in the MCU by Avengers: Infinity War and Avengers: Endgame. In the comics, he was instrumental to the Mad Titan’s defeat, but had no role whatsoever in the movies’ version of events. Unfortunately, there’s no room for his relationship with Thanos to be represented on the big screen now, but that doesn’t make Adam Warlock’s Phase 4 introduction pointless. His MCU storyline could incorporate other characters tied to him in the comics, such as the High Evolutionary, Man-Beast, and Adam’s evil counterpart, Magus.

As for how Marvel brings him in, it’s expected that Guardians of the Galaxy Vol. 3 will follow up on the second movie’s setup, which indicated that Adam Warlock’s first mission will be to seek revenge for Ayesha by going after the Guardians. Similar to the comics, Adam could begin questioning his place in the world and what it is he’s supposed to do. If so, he could abandon his mission and join up with Star-Lord’s team. In the comic books, the first phase in the Golden Gladiator’s life was a journey of self-discovery, and it makes sense that Marvel will lean in the same direction in the MCU. After all, Adam will essentially be an adult who was just born, so there will be a lot for him to learn and figure out in the span of just one movie.

All things considered, there’s a good chance that Guardians of the Galaxy Vol. 3 is only the beginning of Adam Warlock’s story. In addition to being a candidate for Guardians of the Galaxy 4’s team, Adam has a ton of potential for movies and shows outside the franchise. While his arc in Gunn’s movie could be about finding himself, his next appearances could serve as the next steps in his evolution toward becoming the MCU’s main cosmic hero. Adam may have missed the fight with Thanos, but he could still be the one who rallies the heroes of the MCU to victory in the next crossover film, possibly as an enemy of Annihilus, the Magus, or even Kang the Conqueror. 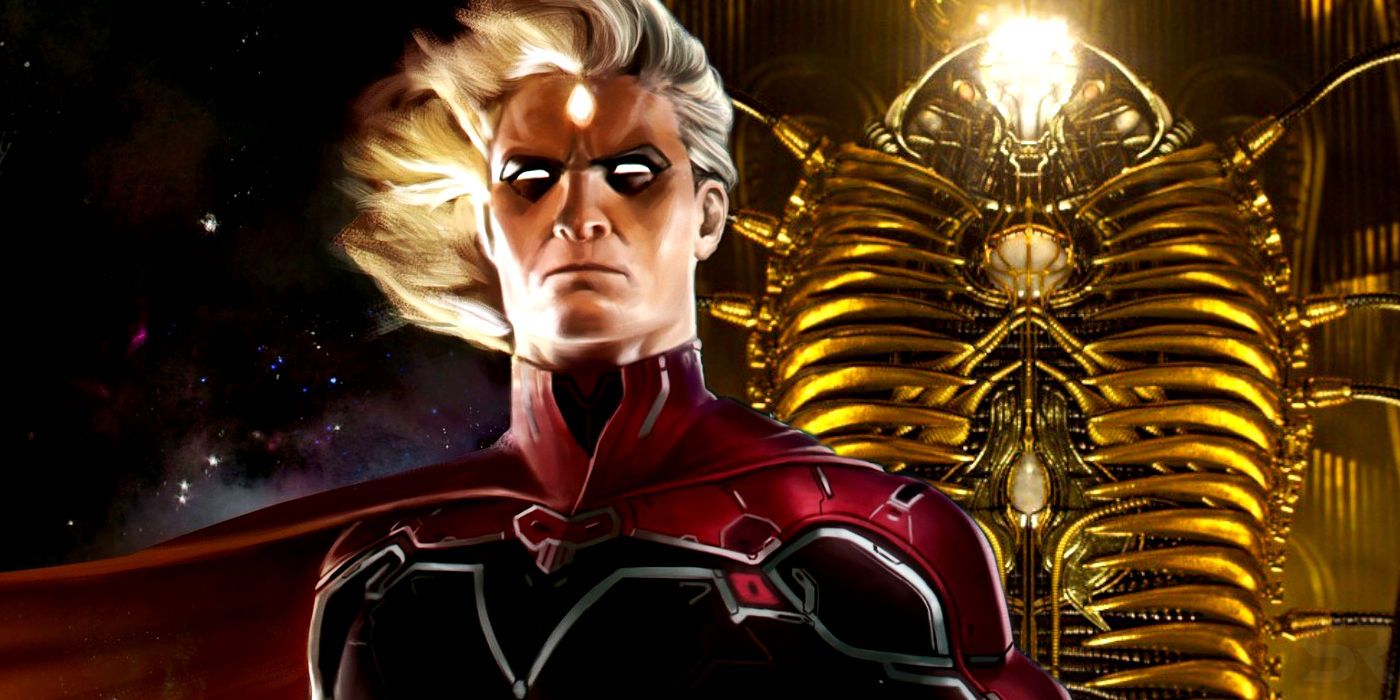